Project Murwi - A project that hits the heart of saving and protecting future Rhino populations across Africa.

Imire Rhino and Wildlife Conservation have been working closely on project Murwi with Extremus K9 over the last 8 months, with the incredible support of Harare International School to purchase and train a highly trained Dutch Shepherd dog, to assist us in our anti-poaching and tracking operations.

Phase 1 of our own operational dual role Dog Murwi's training is being carried out in the UK at the Extremus K9 base and Phase 2 starts in March 2018, where Murwi will be deployed to Imire to begin her life as an operational Anti-Poaching Dog.

Reilly Travers from Imire and Darren Priddle from Extremus had the privilege of visiting Save Valley Conservancy and working with Bryce Clements and his top team of handlers, Matthias and Samuel alongside their dogs - Extremus K9' trained Polaris and Rogue, who were sent to Save in August 2016. It was an absolute honour for Reilly Travers and members of the Imire team to watch such professional, well trained dogs, who play such a vital role in anti-poaching and tracking operations.

Darren Priddle said of the experience “Extremus Rogue and Polaris, who we sent over in August 2016, are some of the best operational dual role dogs I have seen to date. The intricate foundations we laid, alongside Bryce's input and knowledge have allowed the dogs to become so proficient at tracking that they are easily capable of detecting 6+ hour old spore and commit to 10km+ tracks, including being able to do this all at night at just 2 years old. A true testament to the passion and dedication of Bryce Clements and his team of handlers, an amazing sight to behold and one we are super proud to have played an integral part in.”

The visit to Save Valley has given all at Imire further drive, motivation and inspiration for our own anti-poaching operations. We cannot wait to meet Murwi and have high hopes and great ambition that she too will join the ranks of Polaris and Rogue, and be one of the greatest tracking dogs and defenders of endangered rhino in Africa.

Thank you Harare International School, and Extremus K9 for this incredible opportunity to further protect our rhino. This effort really proves that one day does make a difference!

Would you like to help support us in incorporating Murwi, a future Anti-Poaching Dog into our conservancy in March 2018? Find out more about our efforts to raise funds here: http://www.extremusk9.co.uk/project-murwi.html

Your Donation will help towards the cost of a kennel for Murwi, ongoing food and veterinary costs, training and essential first aid kits for the handlers. 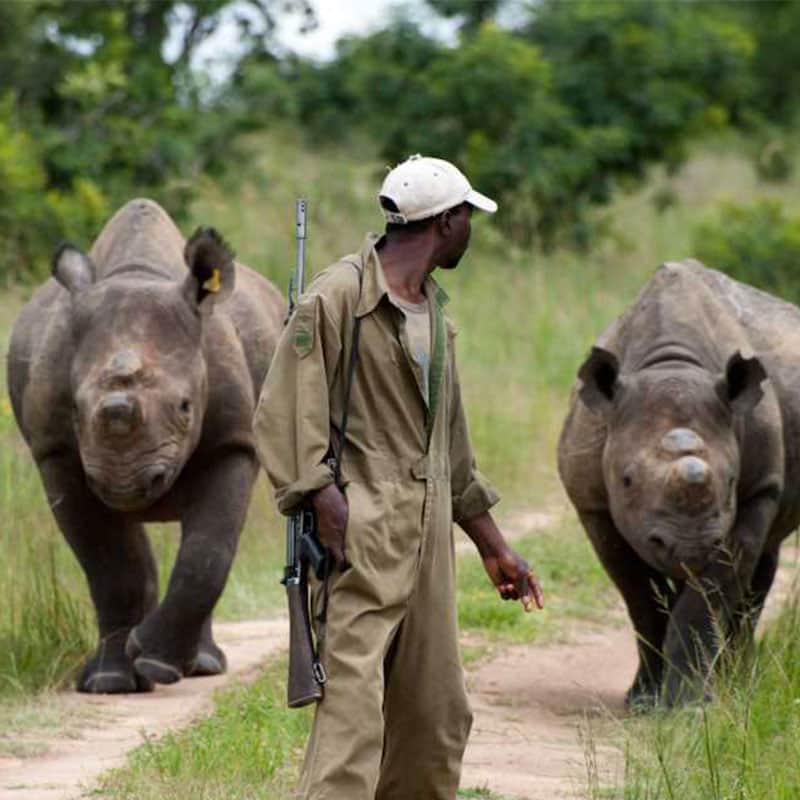