Vultures: why you should care

We recently had a visit from the Birdlife Zimbabwe team, who are investigating the possibility of introducing a Vulture Safe Area at Imire.

Seven of Africa’s 11 vulture species are on the edge of extinction. The species unfortunately have a bad press, saddled with cultural perceptions of death, decay and malevolence. Many species are also not renowned for being pretty, so there is often little compassion for their welfare.

However, vultures play a vital role in preventing the spread of many diseases, including anthrax, rabies, TB and botulism - and are affectionately known as Nature’s Clean-up Crew.

In Zimbabwe, vultures have special protection under the sixth schedule of the Parks and Wildlife Act – it is illegal to kill a vulture, even accidentally. However, with the increased poaching of wildlife across our national parks and conservancies, poachers are now resorting to using poisons to target large prey like elephants for their ivory. This not only kills many other wild animal species (waterholes are often poisoned), but also results in vultures dying in large numbers locally after feeding on the carcasses. In some case, vultures are specifically being targeted by poachers who want to get rid of them because their presence attracts the authorities to their illegal kill.

Given that vultures are late maturing birds, and that they lay only two eggs every four years, the impact of poisoning is quite catastrophic.

“In a single poisoning incident, tens of thousands of vultures can be killed” - Birdlife Zimbabwe 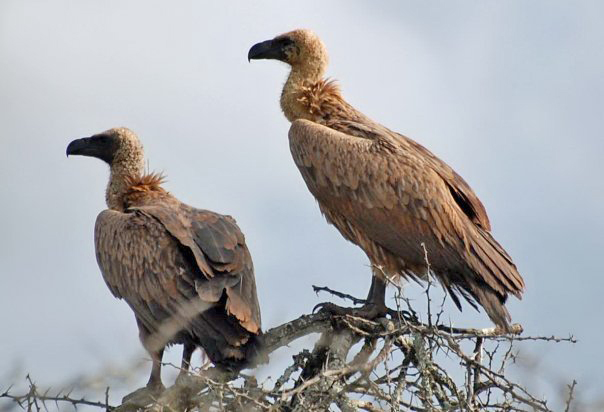 A few facts about vultures and why they are so important:

What is a Vulture Safe Zone?

Vulture safe zones are areas where it has been established that vultures can be protected, and where birds are likely to congregate. To establish a successful safe zone, there are a number of measures put in place in the area around the zone. These include:

We will keep you posted on our progress!