The meaning of Imire and history of Castle Kopje

These few weeks of isolation in Zimbabwe have us reflecting on Imire past and present. This place, loved by so many who have lived here, worked and visited, has a rich and colourful history. We will spend the next few weeks sharing some of our favourite memories and stories, beginning with how Imire got its name.

Imire has always been a place of significance in the Hwedza district and was historically known as the “Meeting Place”. It is said that ancient people would herd their cattle from the Marondera area to the Hwedza area, a long journey of some 60 kilometres. The Shona word for wait is “Mirai” and the long journey by foot would be broken up by an overnight rest at “Imire”.

We love that Imire is still the “meeting place” for so many people from all over the world, and has been a place where life-long friendships have been made, and where people have realised their passion for wildlife and Africa. 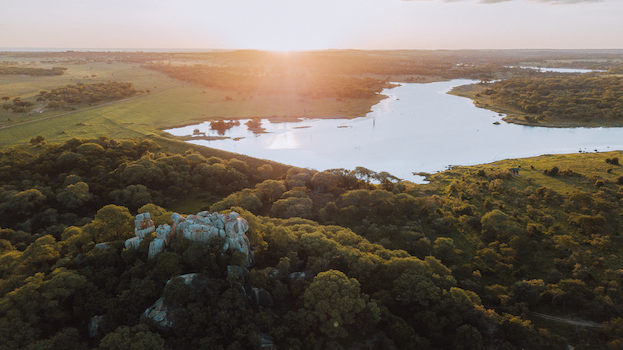 The history of Castle Kopje

The History of Castle Kopje

Almost everyone who visits Imire has at least seen Castle Kopje, and many of us have shared some awesome moments climbing up its steep sides. But there is so much more to this sacred site than just amazing views and terrifying ladders.

The majestic Castle Kopje lies in the middle of the “Numwa Lands” on Imire. Nhumwa in Shona translates as “messenger” and it is thought this name comes from when ancient people met at Castle Kopje to call in their ancestors.

Castle Kopje was first occupied in the 13th century, and is typically fortified in Shona tradition, with remains of defensive walls and walled-in shelter graves. An archaeological dig took place at Castle Kopje, where the grave of a woman and gold artefacts were discovered, making it likely that it is the burial site of an important individual, probably a member of the aristocracy or an important priest. In fact, Castle Kopje is the only site in Zimbabwe where a scientific excavation has recovered a large number of gold relics in their original context.

“She cleared the ground at the entrance to a cave-like structure between the two towering granite columns. Two helpers dug down, inch by inch, while Corona sieved every particle of soil they dug up. About 19 inches down she found a hut floor made of baked mud and dung. This was removed and, after a month, when they had got down 3 feet, she discovered an unmistakable, gold bracelet that looked as fresh as though it was displayed in a jeweller’s counter. Quickly emptying a bucket of earth over it, to hide it, she raced home and rang the museum to report the discovery of a gold burial. Inevitably, the conduct of the dig was taken over by others, but it turned out to be an important find, carbon dated 1450AD, of a Great Zimbabwean culture. There was more gold in the form of arm and leg bangles and hair decoration. Some of the pottery was even older, begin carbon-dated 1260-1280 AD.

The finds are now all in the National Museum in Harare.”

A snuff box and a pierced bone of a “nganga” (witch doctor) were also discovered at Castle Kopje, making it likely that people continued to pray to the spirit of the important ancestors buried here. 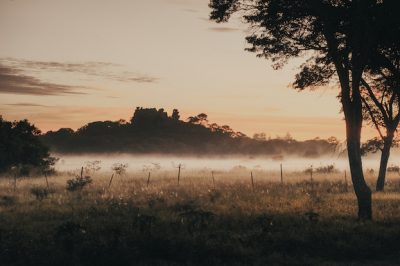 All images in this post thanks to Rogerio Macieira (www.instagram.com/imrogermac)

If you would like to pop us an email and say hi, we'd love to hear from you! We will reopen the lodge, day trips and our volunteer programme as soon as it is safe to do so. We are taking bookings for late 2020 and 2021, so if you do have any questions or would like to reserve a place, please get in touch!