Norman Travers started the Imire we know and love today. Although he began as a tobacco farmer, Norman's passion for wildlife and conservation soon led him to convert large portions of his farmland back into natural bushland.

The reintroduction of wildlife to Imire and his ground-breaking rhino breeding practices were well known around the world, and he was the subject of a book by local Zimbawbean writer, Cathy Buckle. "The Life and Times of Norman Travers, As told to Cathy Buckle" was published shortly after his death in 2010.

She writes: "Norman Travers was a visionary conservationist and an enduring optimist. Through two wars he displayed great courage and leadership and was awarded a Military Cross for bravery. Passionate about wildlife, Norman demonstrated that maize and tobacco farming could be practised side by side with game animals. Hand rearing lions, elephants and leopards, Norman and Gill Travers built up Imire Game Park at a time when the country was ravaged by war. When black rhinos were being decimated by poaching, Norman introduced them to Imire, reared the calves and released them back into the wild, winning a Wildlife Oscar for his efforts." 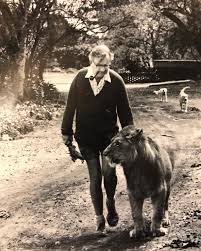 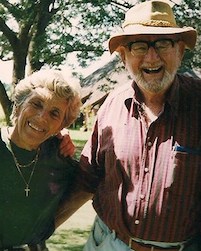 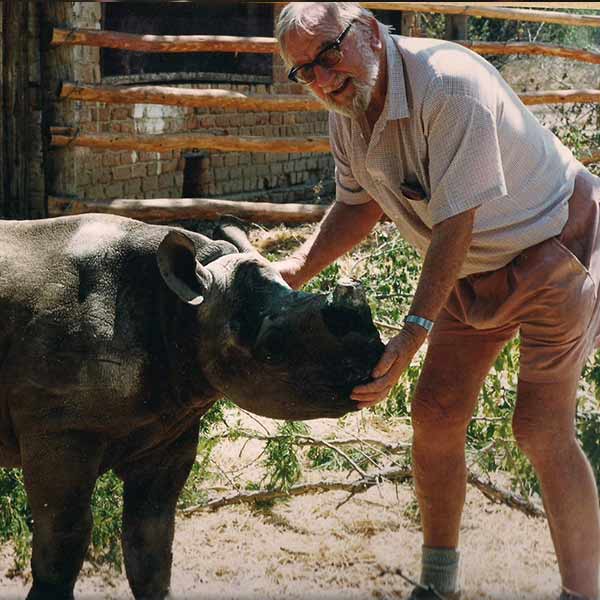 Norman died in Marondera, Zimbabwe in March 2010 at the ripe old age of 88. His work was so well-known internationally, The Times UK newspaper ran his obituary which we have extracted below.

“Norman Travers, farmer in Zimbabwe who defied conventional thinking to find ways of fostering the populations of rhino, buffalo and elephant.”

Only elephants could have delivered such a moving tribute to Norman Travers. Shortly before he was buried last month on his farm, Imire, in eastern Zimbabwe, two 40-year-old bulls arrived unbidden, wandered through the crowd of 250 mourners, lumbered up to the coffin and sniffed it, long and intently.

When the last spadeful of earth had been cast on the grave, they stood together on the heap of ground he lay beneath. Three times in the ensuing week, they returned and stood by the grave. Travers’s family is convinced they were mourning, for elephants are known to have a fascination with death.

Travers was an eccentric Englishman, a war hero, an inspiring community leader and a lover of wildlife whose affection for his elephants, rhinos, lions, leopards, hyenas and warthogs was as close as it was for his children. His numerous innovations in breeding, training and establishing techniques to enhance their survival drew scorn from experts but he was always proved right.

Norman Meckiffe Travers was born in 1921 in what is now North Korea, where his mother, Amelia, ran a seaside hotel. His father used to hunt Siberian tigers before he abandoned the family for good when Travers was 6. The boy was put on a boat to England to attend school in Tunbridge Wells. While back in Korea on holiday in the 1930s he was interned for three years with his mother by the Japanese during their annexation of the pensinsula.

He joined the British Army in the Second World War and rose to command a tank regiment. In a battle with a German Panzer unit in Italy, one of his tanks took a direct hit, and Travers plunged into the blazing vehicle to pull one of the men out, an act for which he was awarded the Military Cross. After the war he joined thousands of British veterans looking for a better life in Rhodesia, where he worked on a farm in the rolling hills of the Wedza district, about 110km east of Salisbury (now Harare).

In the late 1970s, bored with conventional agriculture and longing for the presence of wild animals, Travers decided to branch out into game farming, and bought a herd of impala. They thrived and in ten years the farm was fully stocked with waterbuck, kudu, sable and eland.

He developed a rhino breeding programme that doubled the rate of their unusually drawn-out reproduction. He pioneered the first buffalo herd free from foot-and-mouth disease that is endemic in the species.

His three sons and daughter grew up in a household where his animals, including a half-ton juvenile rhino, wandered in and out of the house, ate up the flower beds and shared breakfast with the family on the lawn on Sundays. Most days he and his wife would go for walks with Cassius the lion (named after Cassius Clay, later Muhammad Ali), Bere the hyena, Dudley the warthog, Potter the otter, two Labradors, a dachshund and a cat.

Rough-and-tumbles on the lawn with their pets often resulted in serious accidents. His wife, Gill, had a chunk of her calf taken out by a pet hyena. His son John nearly lost an eye to the swipe of a leopard. Cassius once tried to “serve” Travers, leaving him badly bruised and scratched." 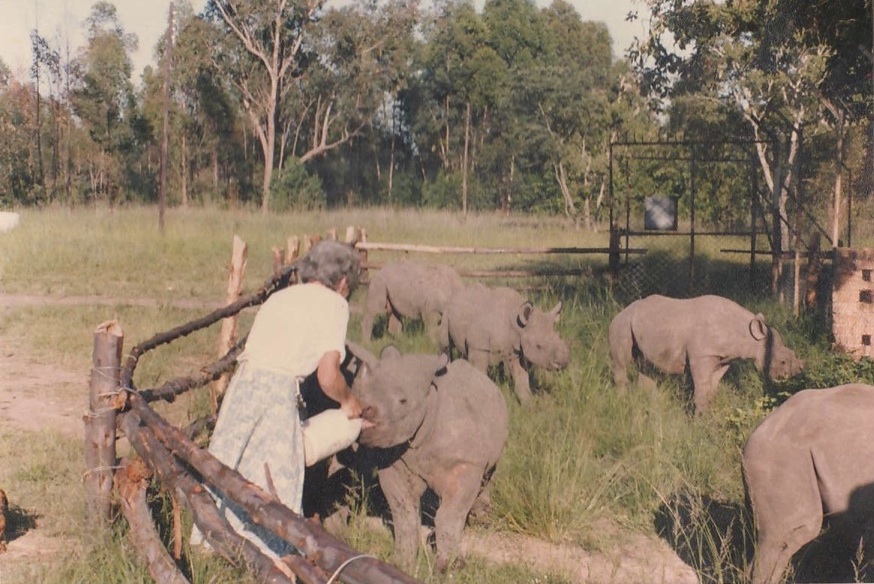 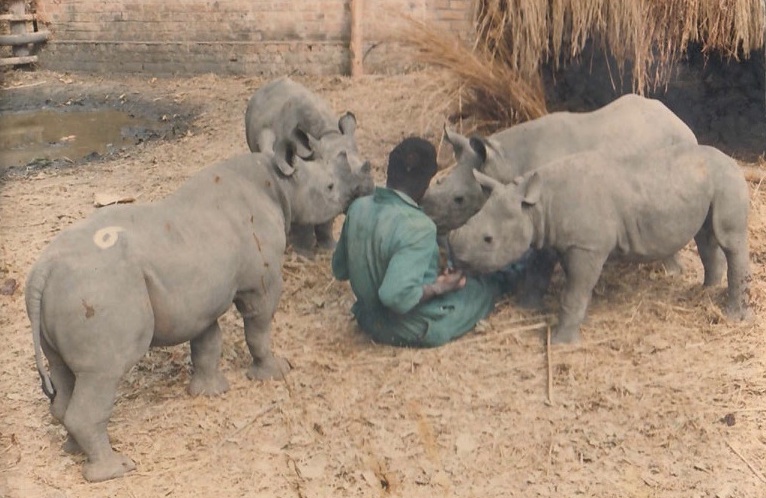 In the 1980s, when Zimbabwe’s black rhino population crashed in an onslaught of poachers seeking rhino horn, Travers recognised the threat to the suddenly endangered species’ gene pool and decided to set up a breeding programme. Most experts derided him, insisting that a species from the dry heat of the Zambezi valley could not possibly survive in the freezing winters of Wedza. Travers’ answer was the 700-year-old cave paintings of the San people (Bushmen) near his farm and the many rhino depicted in them. If they were abounding there then, they could survive there now. He got approval for his project.

However, the two-and-a-half year weaning period for a baby rhino — after gestation of 15 months — would be too slow to stabilise the population. Travers applied the basic barnyard precedent of early separation of cattle calves from their mothers. He took baby rhinos from their mothers at a year to be bottle-fed and had the mother back in oestrus within months. In 20 years Imire’s three female rhinos produced 14 calves to restock private and national reserves, twice as fast as other rhino breeding programmes. 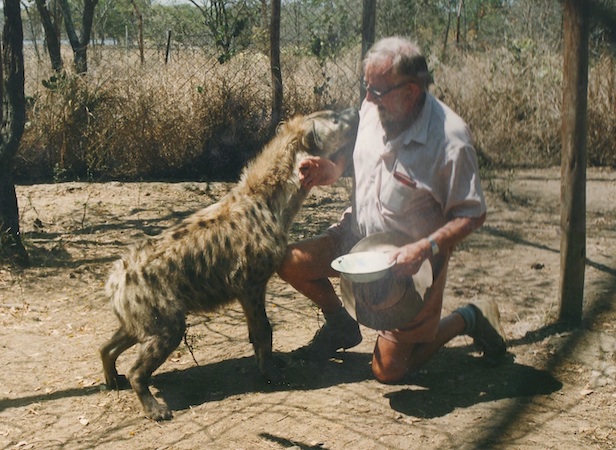 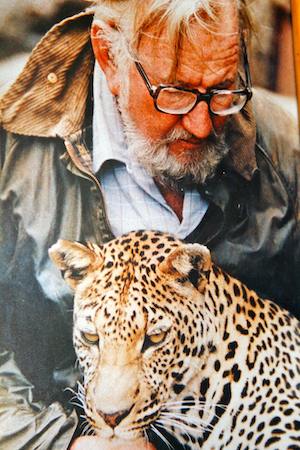 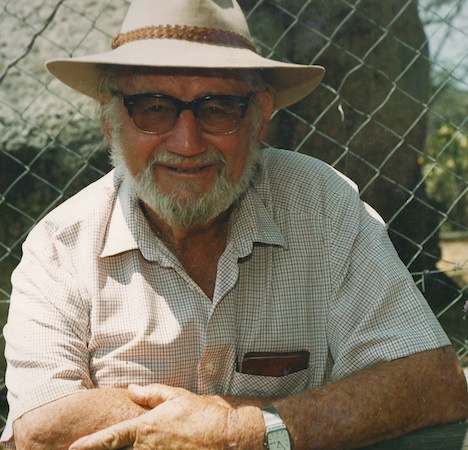